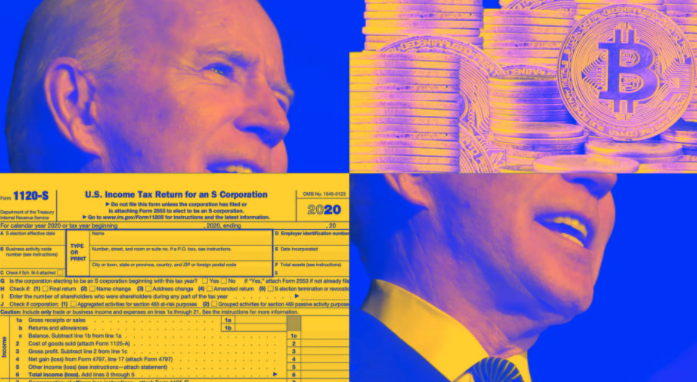 It’s still apes at the top of the NFT collection markets, at least by trading volume, with both bored and mutant apes on yachts leading the charts. Variety has named 2021, the year of the NFT. The entertainment magazine says that the “hitherto niche” tokens “exploded in popularity in Q1,” with collectibles the most popular types.

Someone might want to tell the government. Industry groups worry that tax provisions in the new $1.2 trillion infrastructure bill could stifle blockchain innovation. The bill might force participants in crypto transactions and NFT trades to report details about their transactions, such as the identity of sellers, that they don’t have.

South Korea seems to get it, though. Seoul’s city government will be the first to join the metaverse. Financiers get it too. Crypto podcaster Andrew Steinwold has just raised $100 million for an NFT fund. Backers include the Winklevoss twins and two general partners from Andreessen Horowitz.

That money won’t come even close to buying one CryptoPunk, though. A Twitterbot tracking the sales of CryptoPunks has announced a transaction worth more than $532 million. It was a wash. The buyer borrowed more then 124,457 ETH, bought their own token then returned the loan.

If you don’t understand why someone would do that—or why anyone would pay a million dollars for a CryptoPunk—you’re not alone. Sam Bankman-Fried, founder of US crypto exchange FTX, doesn’t understand the appeal of NFTs either. But he also doesn’t get Rembrandt or the Mona Lisa, and he certainly won’t get what APENFT is doing. The art curation platform is teaming up with the Tron Foundation to create a $100 million “Art Dream Fund.”

Bankman-Fried might get Nikes, though. They’re going all in with NFTs. As are McDonalds. The food giant has turned the McRib into an NFT collection. That might make the value of tokens from Aimedis even clearer. The company, founded by doctors, is using NFTs to verify and sell medical data.

Other NFTs crushing it recently include Draco Dice while Blockchain Heroes now have a spot on ICP Entrepot. Marvel’s Golden Moments statues, “a Disney NFT collection,” have just dropped on the VeVe app. And Quentin Tarantino is about to release some Pulp Fiction NFTs.

HappyQuokkas are calling for people to reserve their spot and mint their very own generative Quokka, and don’t forget to check Wax Guide, NiftyDrops.io, Rarity.tools and NFT Insider for other exciting launches.