This was the week we marked the twentieth anniversary of 9/11.  The Sandbox honored the occasion by teaming up with Epik Prime to launch a 9/11 Day fundraiser. They launched an NFT collection called “Heroes of 9/11” consisting of two firefighters and two paramedics. The four-character NFTs will cost $4,000 SAND each and be limited to a total of 100. Net proceeds from the sale will go towards the 9/11 Day charity. 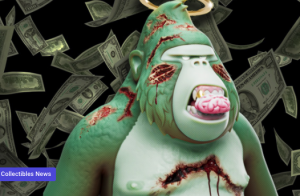 There’s lots of green in Coin Gecko’s NFT charts this week. The highest fliers recently have been Generative Mask, Space Poggers, and xLoot, all more than doubling their price within 24 hours. The Solana network even picked up its first million-dollar sale. Degenerate Ape #7225, the 13th rarest in the collection, sold for $1.1 million.

Gary Vaynerchuk might be able to beat that. He’s bringing five personal artworks from his NFT collection to auction house Christies. Expect buyers to battle over those but competition is already underway in the NFT RedZone. The 16-team snake-style draft started earlier this month, with captains and co-captains from 16 of the leading NFT communities drafted live and managing the squads. Fans can vote for the NFT community team with the best draft and maybe win a mint pass to the NFT RedZone drop.

It’s not all been good news, though. Members of the Raccoon Secret Society are now mourning their losses. Their critters are dead. The collection’s roadmap had included the word “apocalypse,” and the end of the world has now struck. The team says that they were demonstrating the fragility of the blockchain contract by killing off the avatars, but suggests that collectors gather the bones and prepare for the next phase of the project.

Also dead are the hopes of Disney and DC comic book artists. The publishers have blocked creators from selling NFTs of the characters they’ve made for the companies. Marvel is already active in the NFT space which could be a valuable new collectibles market. 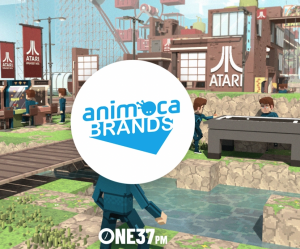 But will they move into the blockchain gaming space? If they don’t move fast, they could find that Animoca Brands has already captured the market. The gaming company is lining itself up to be the Epic of blockchain gaming, with currencies transferrable across games and plans for game-makers to create new platforms for established NFTs. The company has now announced the first sale of MotoGP Ignition Hot Shots, a new series of NFT collectibles of MotoGP racing events. The first Hot Shots will include the most exciting moments from the 2021 Barwa Grand Prix.

Animoca Brands has already got competition, though. Immutable has just raised $60 million for an NFT games platform on Ethereum. Both of those companies may find that they have the support of established giants. Google Cloud has announced a partnership with Dapper Labs, a company part-owned by Animoca Brands and developer of the NBA Top Shot marketplace, to support and scale the company’s Flow blockchain.

And hopefully, secure it too. The Al Cabones NFT project has been so successful that it’s now producing imitations. But there’s one idea that should be copied. A man in Poland has helped his daughter to produce an NFT collection called Ami’s Cats. The collection will help raise funds for cat rescue centers.

And finally, there’s a bunch of new releases to look out for. Wax is launching Crypto Legends and Skrapper Legends Series II; SolChicks and Angry Boars are coming out on NiftyDrops;  Rarity.tools have Pork1984 and Monas, and NFT Insider will soon be dropping Derpy Cats Collab Packs and CryptoMoonie #009.

LISTEN TO THE NIFTY SHOW #92