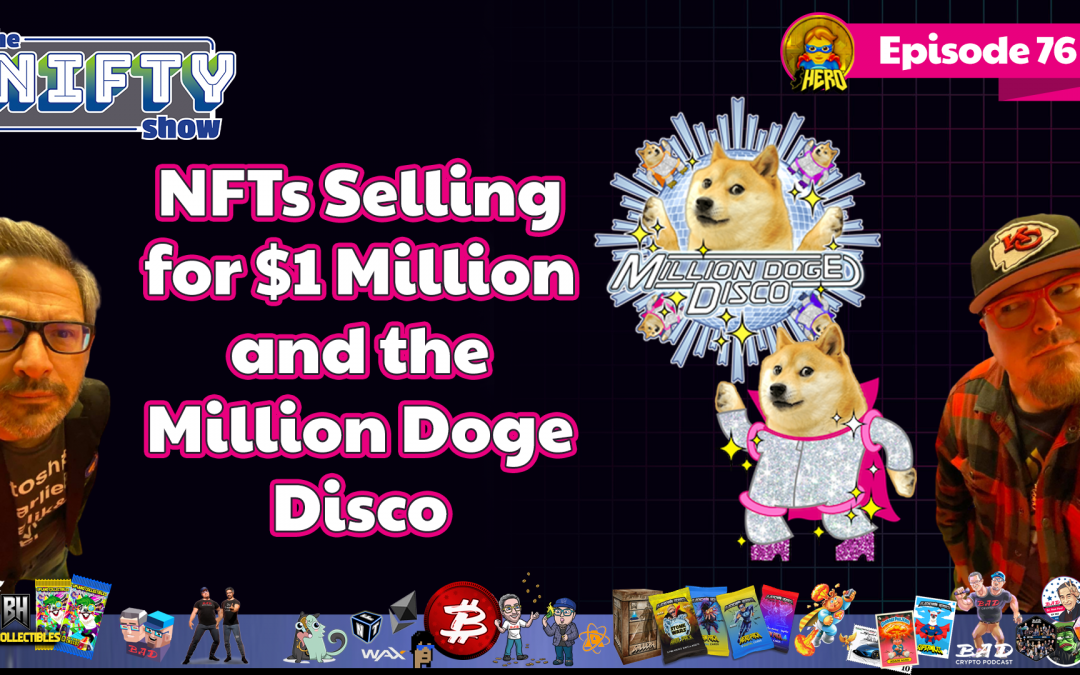 An Ethereum documentary featuring Vitalik Buterin has raised $1.9 million in just 3 days. An Axie Infinity virtual land has been flipped for 9200% gains. And Polygon is now launching a gaming and NFT studio.

We stand by our assertion that NFTs and gaming are the gateways to onboard millions of people onto the blockchain.  Or maybe dancing and EDM is the answer?  Either way, we’re here to help facilitate that onboarding one episode at a time.  Welcome to our nifty news episode #76 of the Nifty Show.

Co-founders of the Million Doge Disco

Kyle J.J. Kemper is a big believer in love, liberty and responsible value creation, a bone-deep dedication he extends to championing the expansion of blockchain and bitcoin/dogecoin globally.

For the past 12 years, Gary Lachance has been operating the Decentralized Dance Party (the “DDP”) a uniquely powerful demonstration of what a decentralized future might not only look like – but feel like.

This open-source Party concept uses an FM radio transmitter to beam music out to hundreds of boomboxes, creating a mobile, synchronized sound system. The DDP has united hundreds of thousands of participants in countries worldwide, to participate in revolutionary acts of shared experience.

The next evolution of the DDP is a project called the Million Doge Disco,  a Pokemon GO style augmented reality mobile game. Each player receives a Tamagotchi-style, interactive, Disco Doge NFT or ‘Dogeagotchi’ that can be danced with in augmented reality and used to collect Dogecoin and other valuable rewards in the virtual world. The goal is to create a Doge-Powered Party Metaverse that will turn the entire universe into a dance floor.

We only share with you what we are learning and what we are investing it. We will never “pump or dump” any cryptocurrencies. Take what we say with a grain of salt.  You must research this stuff on your own! Just know that we will always strive for RADICAL TRANSPARENCY with any show associations.