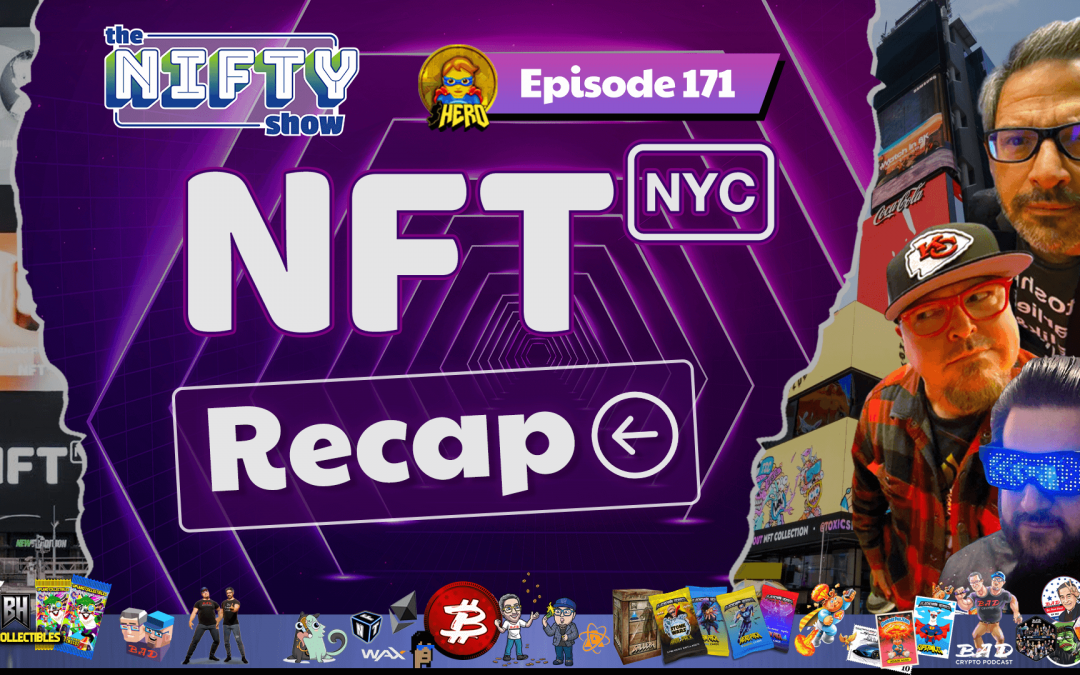 Travis and Joel are back from the world’s largest NFT conference, NFT NYC 2022. This episode features a recap of the event and photos from backstage at Radio City Music Hall.

Mingling with NFT enthusiasts, creators, and blockchain and fellow cryptocurrency influencers, Travis and Joel reveal their most-loved moments from NFT.NYC in this episode #171 of The Nifty Show.

Media surrounding the event an be found here:

At NFT.NYC, ‘It’s Not a Bear Market, It’s a Build Market’, Ocula

What Crypto Winter? New York’s NFT Conference Steams Ahead Even In a Cooling Market, Observer.com

An event so noteworthy in the industry given the market conditions and attendance, NFT.NYC was even featured by NBC News. Despite crypto crash, NFT enthusiasts keep the party going

Did you attend NFT.NYC? What were your most memorable moments? Tell us in the comments or on social!