It’s Games, Girls, and Beaches in Barbados in this Week’s NFT News

It’s Games, Girls, and Beaches in Barbados in this Week’s NFT News

It’s been another good week for NFTs. Almost everything is up, with apes, as always, leading the pack. NFTs are also digging deeper into the mainstream. NFT BAZL has teamed up with Miami hotel chains SLS South Beach and SLS Brikell to offer exclusive artworks for the property. And DeutscheWelle (DW), a German broadcaster and media platform, is selling a video NFT to support Reporters Without Borders. DW says that it plans to release future articles and research on NFTs, and it’s using the sale to gain insights into tokens.

IBM is working with intellectual property blockchain specialists IPwe to bring the blockchain to patents.  And South Africa’s NFTfi has raised $5 million to enable people to use their NFTs as collateral for loans. 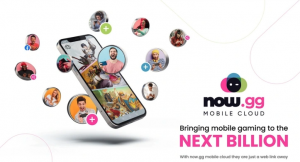 Much of the NFT development, though, is taking place in the gaming world. Now.gg has launched a new mobile cloud platform for game developers. The platform introduces a new kind of cloud payment and NFT-based monetization for mobile games. Genopets is bringing a new twist to play-to-earn by involving wearable devices. Players earn when they develop their tamagotchi-like Genopets but they develop those pets through physical activity. Players move-to-earn, improving their own health as they play, and earning in the process.

WAX has partnered with Mattel to produce NFTs of the company’s Hot Wheels. The move follows WAX’s partnerships with Funko and Hasbro. And Barbados is building the first sovereign territory in the metaverse. It’s opening an embassy in Decentraland.

If you’re heading to a virtual beach, you might meet some virtual friends. Satoshi’s Girls is a new NFT collection of 500 hand-drawn cartoon girls on the Ethereum blockchain. They can join you while you sit in virtual Barbados and watch soccer. Chiliz has issued a report into how 100 limited edition NFTs were minted and distributed to holders of the AC Milan fan token, $ACM. At the end of October, Chiliz made a live NFT using an image of AC Milan center forward Zlatan Ibrahimovic scoring from a free-kick.

And NFTs aren’t just developing in the worlds of games, girls and beaches. Animoca Brands is partnering with Korean record label Cube Entertainment to build a “K-pop metaverse.” The two companies will create multimedia NFTs of popular actors and K-pop musicians, and even include full-length albums.

And finally SpaceDawgs is partnering with SuperDoge to provide private on-chain self-custody. The SuperDoge community will also be able to pick up SpaceCard hard wallets for cold-key storage.

Listen to the Podcast