Comic Books on Blockchain with LightningWorks 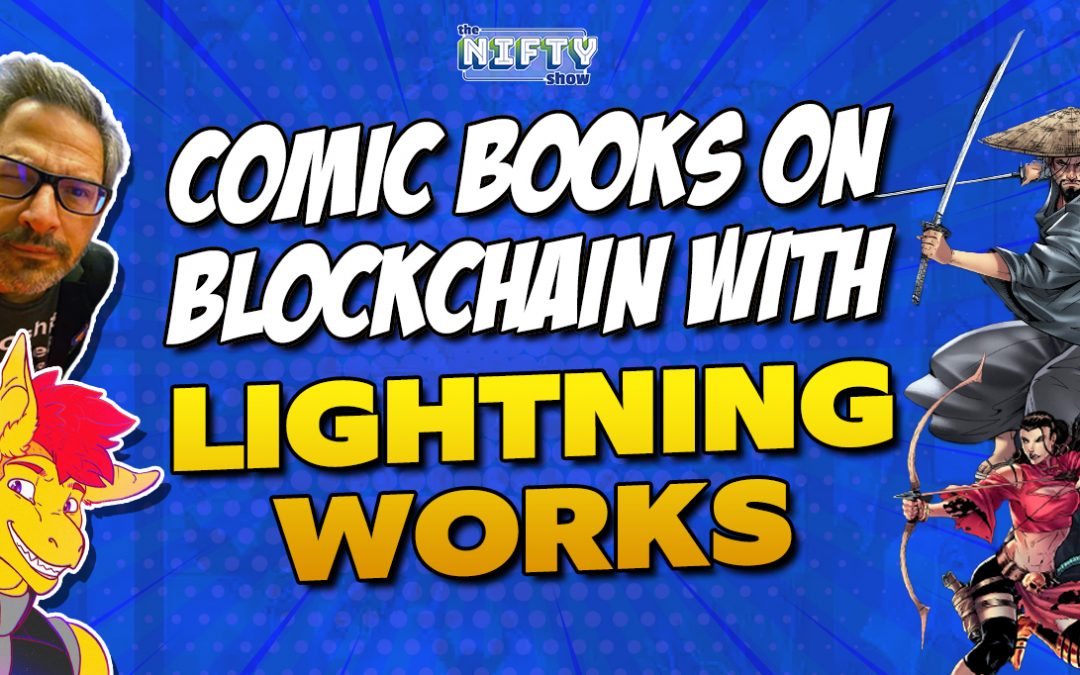 The comics industry is full of highly valued intellectual property with comic franchises valued at $100bln+. Blockchain and web3 technologies enabling ownership via NFTs and the creation of new economies is helping grow and mature the entertainment industry. LightningWorks, led by guest Geoffrey McCabe, also of Divi, is creating a comic book ecosystem for collectors, creators, and web3 distribution. Learn more about the LightningWorks solutions to collecting NFTs in Episode 194 of The Nifty Show.

A lifelong entrepreneur, Geoff has built a series of businesses in a variety of sectors. His current focus is building a world-class tech company in the Blockchain/Cryptocurrency space, along with his team at The Divi Project.

Geoff is a leader in the blockchain world, and has been interviewed on TV and radio on several occasions, including CheddarTV on the floor of the NY Stock Exchange, BoldTV, TechRepublic’s podcast, and at NASDAQ with CNBC’s Jon Najarian. He has been interviewed as a cryptocurrency visionary across a broad spectrum of media and quoted in dozens of articles, including in Hackernoon, Computer America, The Street, SmartBusinessHacks, B2B News Network, and BlockTribune. He owns and runs a cryptocurrency blog called Cryptomorrow.com, one on Virtual Reality called virtualrealitytimes.com and one on A.I. called ifthen.ai. He’s also a wellness nut, and tries to bring concepts of overall health to all the stakeholders in whatever he does.

LightningWorks is an animated, interactive NFT comic book company with artists from Marvel, DC, and others.

LightningWorks is led by me, Geoff McCabe, the founder of Divi cryptocurrency, which did a successful ICO in 2017 and we now have the exclusive license with La Liga football club for our Divi Wallet.

Our CEO is Jordan Fiksenbaum, the former head of marketing for Cirque du Soleil, with over $5 billion in ticket sales under his leadership. I have hired the best people I can possibly find, who are passionate about creating the greatest media company in the Web3 space.

The genesis mint of LightningWorks of 7,777 portal NFTs has already sold out. The portals offer a new type of utility. If you own a portal, you become a distributor of the ecosystem’s NFTs and a percentage of NFT sales will be distributed to the portal holders via free and half-price NFT comics holders can distribute.

There’s a problem in the NFT space is the fact that you’re trying to build IP around this NFT set you’ve created, but you need a way to bring in millions of people to your ecosystem that want to buy this somehow.

EIGHT original comic books under production, and a dozen more scripts being written. LightningWorks intends to be the Web3 replacement for Marvel and DC, who have dropped the ball, ignoring digital comics, NFTs, and alienating their fans by forgetting about the importance of stories, great characters, and a persistent universe and lore.

Three years in development, with many more special features and integrations to come including: VR experiences, a collectible card game, partnerships, contests, and many surprises coming that you haven’t seen before in the NFT space.