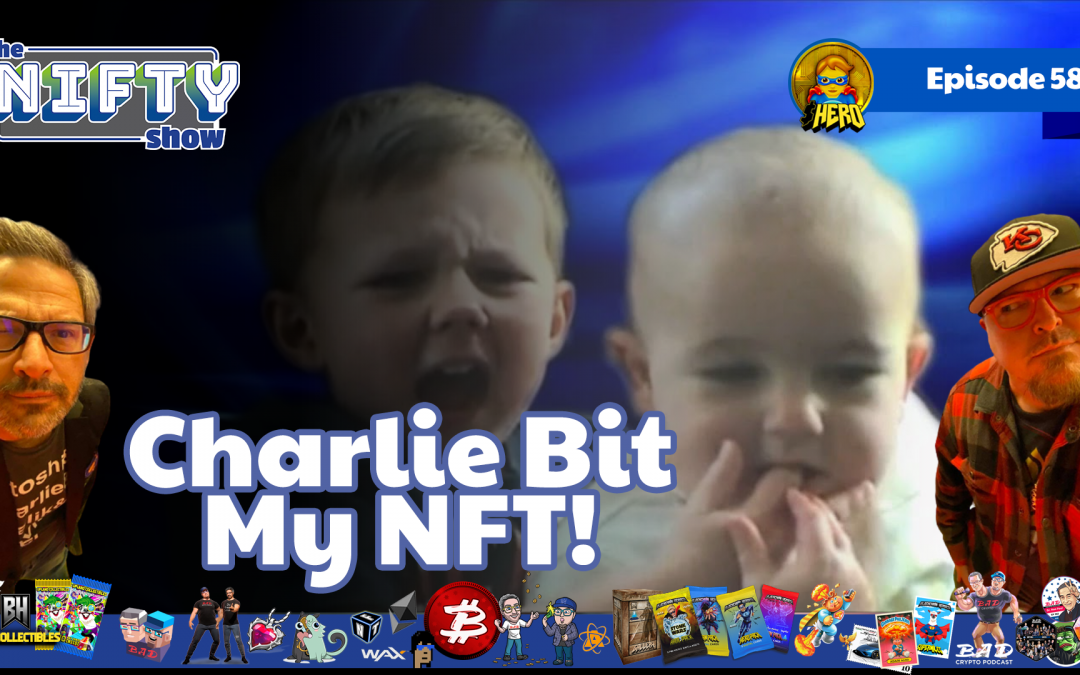 Another first in the NFT space as a patent is being auctioned as an NFT. An NHL star is launching an NFT collection to commemorate career highlights. And in the classic meme world, Charlie Bit Me is being sold as an NFT, and scrubbed from the Internet.

Dan Harmon, creator of Rick & Morty, is getting into the NFT game. You’ll discover what Bitski is. And rapper Tom McDonald has turned the hip hop world on it’s ear by purchasing an Eminem NFT beat and turning it into an amazing song.

We’re not rappers. We’re barely podcasters. But since we’re here and you’re here, let’s proceed as though that doesn’t matter for the Nifty News episode #58 of The Nifty Show.