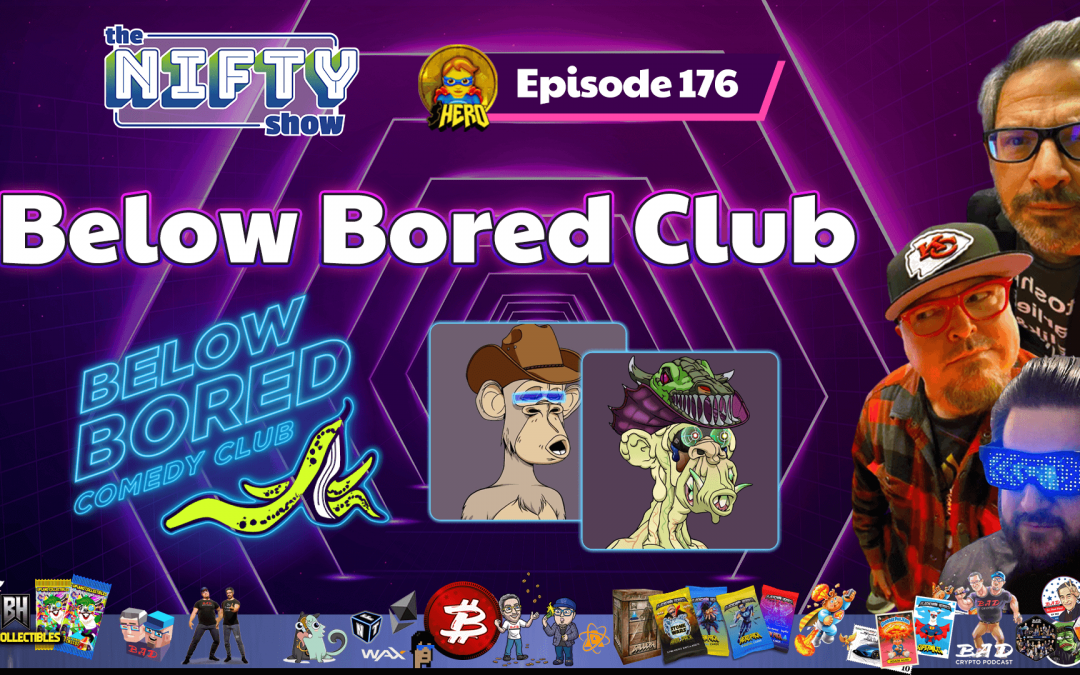 The saying is that comedy is not pretty, but it is going high tech. This is something Sir Lord Travis and I have talked about, as we looked at the future of NFTs entering into different entertainment sectors. The comedy sector is of particular interest to us because we are the crypto clowns. We are now starting to see comedy enter into the NFTs and metaverse.

Below Bored Club is a comedy club beneath the Bored Ape Yacht Club with a metaverse component featuring alligators, whales, boats and trees from the surrounding swamp and a community to bring comedians into web3.

Learn more about the future of comedy with guest Aaron Haber, an NFT writer, comedian, and founder of Below Bored Club. Aaron is a day one BAYC mint participant, with his Bored Ape Mike Raphone as the club host. Join the Below Bored Club in Episode #176 of The Nifty Show.

Aaron Haber is an NFT writer, comedian, and founder of Below Bored Club. Aaron is a day one BAYC mint participant, with his Bored Ape #2960 – Mike Raphone – as the club’s host.

Mike Raphone fell through a trapdoor in the Bored Ape Yacht Club, creating his own comedy club beneath the swamp.