Apes Are Up and Snoop Dogg Is Out 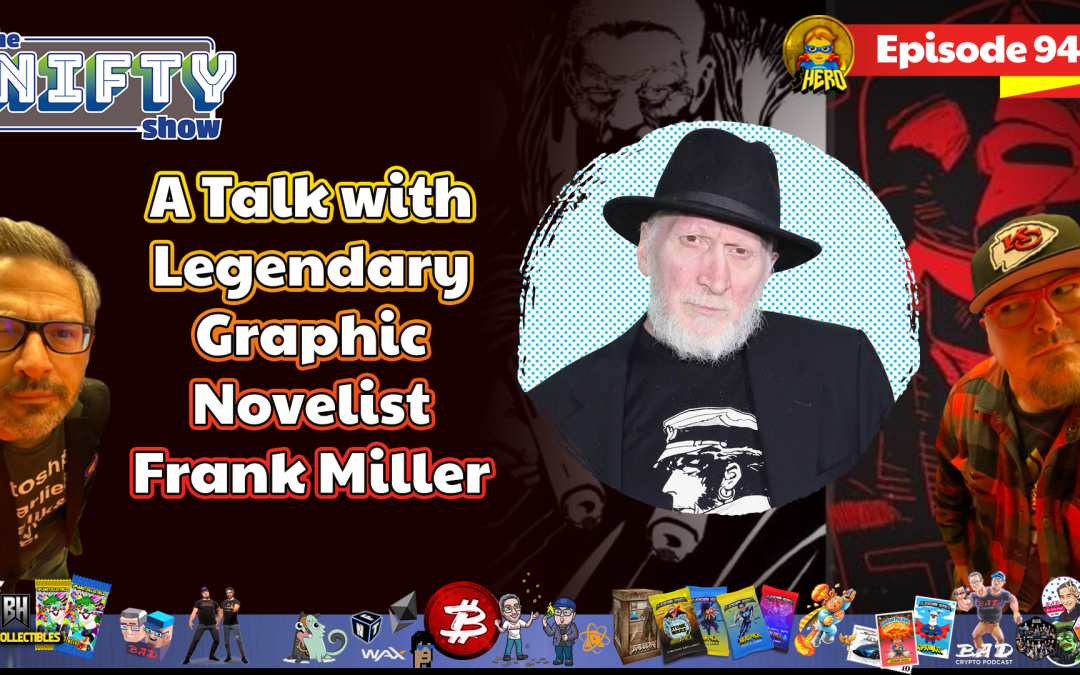 Apes Are Up and Snoop Dogg Is Out

It’s been a good few days for members of the Mutant Ape Yacht Club. After a flattish week, prices were up as much as 14 percent in a day. That’s better than their more lethargic cousins at the Bored Yacht Club who could only manage a 3.3 percent rise in a day. At almost 40 ETH, though, their floor price is more than eight times higher.

AIDS charities might do better. SuperRare is currently hosting the sale of a collection of Freddie Mercury NFTs. The 75-hour auction, held to mark what would have been the Queen frontman’s 75th birthday, will support The Mercury Phoenix Trust’s work in battling AIDS worldwide.

Journalists have also been benefitting from NFT sales. An auction of Fortune NFT magazine covers has generated over $1.3 million in ETH. Working with NFT artist pplpleasr, the covers changed depending on who bid for them. Half the funds will be shared among four journalist organizations.

Fortune’s changing covers were innovative, and so is Vault of Gems. The collection is the first NFT project pegged to a hard asset. The NFTs form a set of five gems—gold, emerald, ruby, sapphire, and diamond—with a rarity that corresponds to the rarity of the gem in the real world. 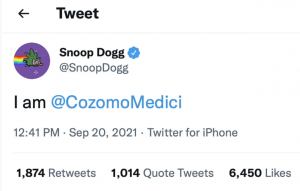 One rare gem is Snoop Dogg, who has outed himself as cryptoinfluencer @CozomoMedici. The influencer had stated that he would reveal his true identity on his personal Twitter stream. The rapper then published on Twitter “I am @CozomoMedici.”

The Medici OpenSea account includes about 100 NFTs in its collection, some purchased for millions of dollars in Ethereum.

And Snoop Dogg can now browse his OpenSea collection on his phone. The NFT market has launched its own smartphone application.

Cozomo Medici is the name of a Renaissance-era Italian banker, a period of artistic innovation. Collectors of artworks can take part in an auction being held by Christies of 200 pieces of post-war art. They include 31 of the first NFTs created on the Ethereum blockchain. Bidders can place live bids in ether.

Those pieces are likely to raise a lot of bids but not as much money as Sorare. The Ethereum NFT fantasy soccer game has raised $680 million, giving the company a valuation of $4.3 billion. The French firm is now looking to move into more sports and expand in the US.

Even Sorare though would be lucky to beat Splinterlands. The NFT trading card game is now the most widely played blockchain game based on daily user count. It now has 260,000 daily active users, a rise of more than 150 percent over the last month.

A bunch of new generative NFTs are coming out soon. SolChicks are hatching on Solana. Crypto Chickens are taking over the club house.  And both should probably steer clear of the Fast Food Frens Collection on OpenSea.

Wax is bringing out NFT trading cards of The Princess Bride. Rarity.tools have Djenerates and Lockdown Lemmings. NiftyDrops are releasing Tasteless Alpacas and a world of farmers. And you can find even more on Wax at NFT Insider.

LISTEN TO THE SHOW;

Do your own due diligence and research. Neither Joel Comm nor Travis Wright are FINANCIAL ADVISORS.

We are sharing our journey with you as we learn more about this crazy little thing called cryptocurrency. We make NO RECOMMENDATIONS. Don’t take anything we say as gospel. Do not come to our homes with pitchforks because you lost money by listening to us.

We only share with you what we are learning and what we are investing in. We will never “pump or dump” any cryptocurrencies. Take what we say with a grain of salt. You must research this stuff on your own! Just know that we will always strive for RADICAL TRANSPARENCY with any show associations.